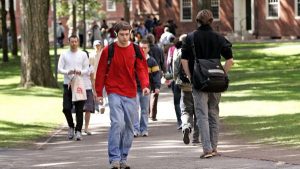 Education wasn’t after all enough to win it for Hillary Clinton. Donald Trump will become US president because people with little education backed him overwhelmingly. For all Clinton’s advantages among women, Hispanics, blacks, the young and the well paid, what clinched the result were people who had not been to college.

This educational divide has provoked much anguish. Education used to be thought to be the foundation of democracy — in Thomas Jefferson’s words, “the keystone of the arch of our government”. Now it might be its nemesis. Can democracy survive if the well educated try to use their knowledge to exercise elite power, and then are thwarted by the rebellion of those whom they exclude?

These despairing conclusions ignore two things. One is the potentially civic content of what people learn. The other is the possibility that education of a civic kind can reach people who at the moment feel they have little stake
in society.

Education’s main achievement over the past century has been a slow growth of civic enlightenment, implausible though that may seem this past week. The most lasting outcomes of education have been freedom, democracy and, according to the eminent psychologist Steven Pinker, a long-term decline in violence. These are not about power but about sharing power. They are about teaching elites to be responsible as well as everyone to be civilised.

This civic effect has been measured by research. Education encourages tolerance of social diversity. It induces citizens to argue disagreements through rather than to hector their opponents into submission. It prompts respect for the equal rights of women and men (doubtless reinforced here by Trump’s reported lasciviousness). It discourages racism. It inspires people to celebrate freedom of thought and of speech. Education prompts scepticism of a too-powerful state and belief in the liberating potential of free markets. Education for democracy is not just about the subject matter of what is learnt. The most civic kinds of learning encourage students to be critical and independent. Teachers have to ask questions insistently, and students have to be provoked into not taking anything on trust. Obedience is neither good for learning nor healthy for democracy. The student who questions rationally becomes the citizen who challenges reasonably.