Parents across the world are divided in opinion over a very important question. Should you allow your children to play with toy guns? On one side of the debate, parents argue that the evidence that toy weapons leads to violence later on in life is is overwhelming and hard to ignore. They claim that children should not be exposed to toy guns under any circumstance and that the dangers and risks associated with authorities mistaking a toy gun for a real one are real and terrifying to imagine. On the other side of this controversial subject, many argue that it is healthy to allow children to explore violence at a young age in order to learn appropriate boundaries and to make smart choices later on in life. 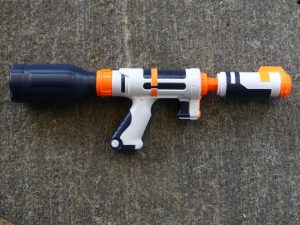 No matter what your thoughts on the subject are, it is clear that this is a serious matter which many people feel extremely strongly about. Most people will agree, however, that is It is important that each family makes their own choice regarding their children playing with toy guns and other weapons.

We want to offer some of our advice and thoughts to those who are considering letting their children play with toy guns. As a family, we believe that if children are to play with toy weapons certain boundaries should be observed in order to foster a responsible attitude from children towards violence and weapons in general.

Personally we are happy for our children to play with toy guns such as water pistols and nerf guns. In fact we often have family tournaments and we follow some particularly fun guidelines for NERF wars. However, as much fun as that can be, we draw the line at the kids playing with BB guns or anything that shoots a pellet that could be harmful. Whilst this is our own personal view, we want to stress that we respect everyone’s decisions and only lay out our own tips for ensuring children engage with toy guns in a healthy and responsible way. This is the most important part. Kids should be well aware of the damage that real guns can do and the fact that playing with toy ones is part of a fun game that should be responsibly enjoyed. Many times, these real guns might look quite similar to a toy gun with all the 80% AR15 jigs and other fittings which is why it is essential to ensure that the children appreciate the difference between the two.

Encourage the kids to play in a game with actual rules

This is a second important factor to remember. Without rules playing with toy guns can become violent very quickly as the children may see a gun as a weapon rather than a tool or piece of equipment to help them win a game. Discourage the idea that people ‘die’ when shot and instead introduce a point scoring system.

Play with your children 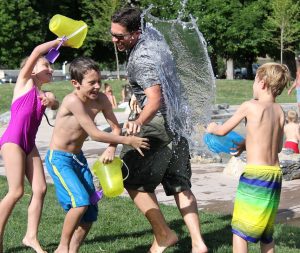 Not only is it fun to share the joy that children get from even simple games, but playing with your kids promotes family bonding and respect. Not only is this important in a general way, but particularly so when it comes to the sensitive issue of guns. By playing with and observing your children with items like toy guns you can ensure the violence levels are kept to a minimum. Not only that, but you will be able to constantly reinforce the difference between real and fake guns and ensure that the children respect the boundaries of personal boundaries and dangerous behaviour.