Home > Newborns > Hospital may face charges over death of actors’ newborn
An NHS trust could face criminal charges after a midwife told an inquest into a newborn baby’s death that her evidence had been tampered with. 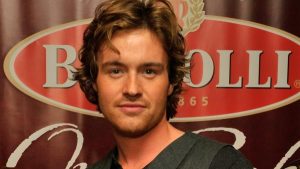 Benjamin King, son of the actors Jamie King and Tamara Podemski, died from brain damage caused by oxygen starvation five days after his birth at the Royal United Hospital in Bath on May 5.

Ms Podemski, 38, had been due to have a caesarean section after a nurse spotted an abnormality on a scan. The operation was postponed to the following day, however, because she had eaten. The procedure was mistakenly downgraded to a lower priority.

She was sent home to Frome, Somerset, but was rushed back by ambulance after waking with stomach pains.

After the baby was delivered, doctors told his parents that he had been starved of oxygen for at least two hours and was severely brain damaged. He died at St Michael’s Hospital in Bristol.

Eileen Dack, the labour ward co-ordinator, told the inquest in Flax Bourton, near Bristol, that she had questioned why the caesarean had been delayed. She recalled a conversation with the on-duty registrar who believed that it should have gone ahead.

When asked why there was no record of the conversation, she told the coroner it was “removed from my statement” by the trust’s legal team.

Maria Voisin, the Avon coroner, said that the alleged removal of evidence by a solicitor on behalf of the Royal United Hospitals Bath NHS foundation trust was a “very serious matter” that could amount to perverting the course of justice. She stopped the inquest, which was on its second day. Ms Voisin is considering whether to refer the case to the Crown Prosecution Service for a decision on whether any criminal offence has been committed.

After the adjournment, Helen Blanchard, director of nursing and midwifery for the Royal United Hospital, said: “We regret the delay in this extremely distressing process. We respect the coroner’s decision to adjourn the inquest and will cooperate fully with her directions. We are unable to comment further while proceedings continue.”

After the hearing was adjourned Mr King, 35, who played the poet Thomas Wyatt in the television series The Tudors and also appeared in the BBC series Call the Midwife said that he was “horrified” by the allegations of tampering.

He accused the NHS of a “blatant disregard for the truth”, adding: “This delay not only postpones any resolution that we were hoping for but also significantly prolongs our suffering.

“This blatant disregard for the truth is in complete opposition to the NHS’s safer maternity care action plan which encourages lessons to be learnt from mistakes and shared openly and transparently across the health service.”

In a joint statement the couple said: “Unfortunately, through the process of this inquest, we have learnt about the darker, behind-the-scenes decisions that have been made.

“Decisions that threaten the good work of honest healthcare professionals, as well as the safety of their patients. We were horrified to hear evidence that a statement had been altered by the legal team representing the RUH.

“As a result of this, the coroner, who stated that she considers this is a very serious matter, has been forced to adjourn the inquest to allow for an investigation to take place.”

The inquest is due to resume on January 16.