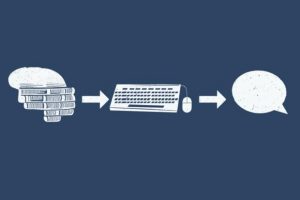 In a recent report as part of their Internet & American Life project, data analysts at the Pew Research Center suggested that the use of blogs is in decline, as formerly dedicated bloggers forgo the effort involved in composing a longform post in favourite of condensing their thoughts in a snappy 140-character Twitter update.

The notoriously verbose legal profession, however, is bucking the trend. Indeed, the global network of law bloggers – blawggers, to use the jargon – is thriving, as lawyers and academics write about their experiences or insights in a way that is variously personal, newsy, topical, controversial and funny. The best blogs can provide their readers with first access to reports, give valuable market insight, provoke and amuse, while their authors can become overnight stars, benefitting from a boost in public profile and peer recognition. But as blogging software develops, what does the future hold for blawggers? And who are the best?

The term ‘blog’, a truncation of ‘weblog’, was coined in 1997 by American computer programmer Jorn Barger, but it wasn’t until 1999 that the first legal blog, Overlawyered, written by Walter Olson of think tank The Cato Institute appeared. Hot on Olson’s heels was New Orleans-based lawyer Ernest Svenson, whose Ernie The Attorneyblog remains one of the most well-respected and popular legal blogs online.

Svenson has posted regularly for the last nine years, continuing to blog even when the Hurricane Katrina disaster hit his hometown, and his early blogging experiences still provide a valuable lesson today.

“The main mistakes [that I made] were just certain kinds of assumptions about the internet being like traditional media. The internet is not like regular media – anything you say can travel quickly to places you didn’t anticipate it would travel. So you have to assume that whatever you say will be read by the person most likely to vehemently disagree with it.”

On the one hand this process allows for healthy levels of discourse and debate, but it also means that legal bloggers are subjected to a degree of openness and accountability from their readers that some lawyers feel might compromise their professional responsibilities – many legal blogs, such as the very funny Legal Bizzle, are written anonymously to allow their authors to write candidly about their personal experience or voice an opinion that does not correspond entirely with that of their employers.

Mike Semple Piggott founded the BPP Law School in the 1990s but is now most famous as a self-styled “hooligan blogger” whose Charon QC blog provides a platform for a wide range of different content, from serious blog posts about aspects of the law to irreverent parodies of legal life and hugely successful podcasts, some of which have been downloaded over 100,000 times.

“Obviously I couldn’t have run a blog when I was running BPP because you’re part of an organization,” he says. “But a number of law bloggers are part of Law firms, like Andrew Sharpe who runs the Charles Russell commercial law blog. That must be an asset to Charles Russell, although I don’t know how well it does in terms of bringing in new work or instructions. But then some blogs are showcases for lawyers, like Adam Wagner, who has gone from obscurity to being very well-known in a very short space of time.”

Adam Wagner is founding editor and contributor to the UK Human Rights Blog, written by barristers at 1 Crown Office Row who organised a seminar last month entitled ‘The Future of Legal Blogging’ to discuss the importance of blogs to the profession. He agrees that blogging can award lawyers a new level of professional visibility, giving the example of New Statesman blogger David Allen Green as someone in the media law field who has very successfully leveraged his blogging and tweeting into actual business.

One of Wagner’s key pieces of advice to aspirant legal bloggers is that they should find their niche. Part of the success of the UK Human Rights blog comes from the fact that it provides a comprehensive destination for one particular area of practice, as he acknowledges:

“I started blogging because I thought that there was a gap in the market for information and human rights analysis that wasn’t coming from a particular ideological perspective. The problem is that a lot of human rights reporting in the press tends to be quite shrill – ironically a lot of it takes quite an opinionated and bloggy style which descends very quickly into a particular position.”

Wagner’s blog is a group blog authored by various barristers rather than being the work of one writer. This is an increasingly common feature of successful blogs such as the political blog The Liberal Conspiracy or the UK Supreme Court blog. Wagner declines to comment on whether this joint author approach leads to a homogenisation of opinion, but there must be a danger that the authors of group blogs are united in a shared ideology or outlook where dissent or rogue voices become discouraged. However, he does agree that the best and most successful bloggers are the ones that are not proprietorial about their content and embrace the networking possibilities afforded by the legal blogging community: “you don’t just have a responsibility to be open, it makes you a better writer. The legal blogging community are very much a collaborative bunch.”

This fellowship is key to the healthiness of the legal blogging community. While blog use declines as a whole, legal bloggers are beginning to understand the possibilities of the medium. On his influential Head of Legal blog, former Government lawyer Carl Gardner writes about constitutional and European law, but Gardner believs that the decline in the volume of blogging has a concurrent increase in quality. “It’s true that there are fewer new blogs being started and there’s a bit of a tendency for people who want to start expressing themselves on the internet to start tweeting rather than blogging. There are legal blogs that have dried up entirely because the bloggers have switched to Twitter.

“But there has been a maturing of blogs to the point where they’re now everywhere, so people expect a higher level of quality and higher production values. They want better designed blogs that contain multimedia like video and audio. But I don’t see any decline in the quality of blogs. Quite the reverse, in fact.”