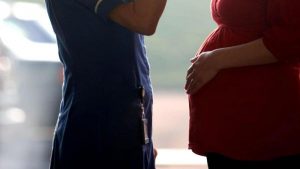 Free vitamin pills will be provided for all pregnant women in Scotland under a nationwide scheme aimed at reducing health problems in children.

From next spring, every expectant mother will be eligible to claim vitamins C, D and folic acid — a form of vitamin B — to improve their own and their babies’ wellbeing.

Ministers are also considering changing food production rules to introduce the mandatory fortification of flour with folic acid to increase intake of vitamin B further through diet, mainly bread.

Folic acid helps to reduce the risk of defects in unborn babies such as spina bifida, a spinal deformity that causes paralysis in the lower limbs. Vitamin D plays a key role in developing healthy bones and teeth, and vitamin C helps to stimulate immunity against disease.

The Scottish government said that the scheme offering free supplements to all, which expands an existing UK-wide initiative offering vitamin D tablets to some mothers and mothers-to-be, would cost about £300,000 a year.

Announcing the expansion in Glasgow yesterday, Nicola Sturgeon said that offering all pregnant women vitamins sent a “strong signal” that the government was doing “all it can to help”.

She said: “There is strong evidence that taking vitamins in pregnancy improves both the mother and baby’s health and providing free vitamins to all pregnant women has the widespread support of healthcare professionals.”

Catherine Calderwood, chief medical officer for Scotland, who is also an obstetrician, said the scheme should bring “long-term positive effects” for mothers, babies and children.

Parents also welcomed the move. Jackie Tolland, spokeswoman for Parent Network Scotland, said: “Most parents do eat healthily and do look after themselves but, as we know, being pregnant can drain energy and vitamins from mum.”

The initiative on vitamins follows frustration at Holyrood over slow action at UK level. Earlier this year the Scottish government asked the Food Standards Scotland (FSS) agency to provide detailed advice on changing regulations in Scotland, before the rest of the UK, on flour production. Ministers in Scotland want to introduce folic acid but expert advice issued more than 15 years ago advocating the measure has yet to be adopted by the UK Department of Health.

Ministers said it was an “entirely safe” measure, which had already been introduced by 78 countries and would “greatly reduce defects such as spina bifida.” FSS is expected to report back this summer.

The UK-wide Healthy Start scheme distributing vitamins to more at-risk women began in Scotland in 2005, offering young mothers-to-be and mothers on low incomes vouchers to get the products.

Vitamins are now distributed through pharmacies and via midwives and health visitors.

In 2012, Scottish researchers warned that many pregnant women in Scotland were not following medical advice on taking vitamin D.

The University of Aberdeen found that women had particularly low levels in the winter months, with those who lived in poorer areas especially susceptible.