People have been warned not to eat late at night after a study found it tripled the risk of high blood pressure. 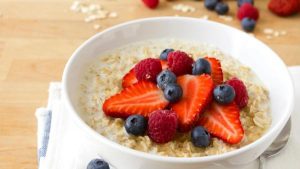 Dinner should be eaten nolater than two hours before bedtime, advise scientists, who insist that when we eat could be as important as what we eat.

Previous research has emphasised the importance of a good breakfast in staying healthy, and the latest findings underline that eating is best done early in the day.

Almost 10 million people in Britain have high blood pressure, which increases their risk of conditions such as heart attacks and strokes. Blood pressure usually drops at night, but in many patients this does not happen and these people are particularly prone to further heart problems that usually need expert advice, like that the Cardiovascular Group could offer, to overcome.

“If blood pressure doesn’t drop by more than 10 per cent at night this increases cardiovascular risk and these patients have more [heart attacks and strokes] and more chronic disease,” said Ebru Özpelit of Dokuz Eylul University, Turkey, who led the study.

After adjusting for age, weight and other risks, they found that people who reported eating late at night were 2.8 times as likely to suffer from the condition, they told the European Society of Cardiology’s congress in Rome. Dr Özpelit said that late-night eaters were not bingeing on junk food but simply delaying dinner or snacking on nuts and fruit.

Although the study could not prove a link, she said that animal studies have suggested that eating at night interferes with the body clock and stimulates the production of hormones such as adrenaline which affect blood pressure. She emphasised that dinner should be eaten no later than 7pm.

“If we eat late at night, the body essentially remains on high alert as during the day, rather than relaxing for sleep, and stress hormones are secreted causing blood pressure not to decrease during sleep,” she said.

She said that mealtimes were a key factor. “We must define the ideal frequency and timing of meals because how we eat may be as important as what we eat,” she said.