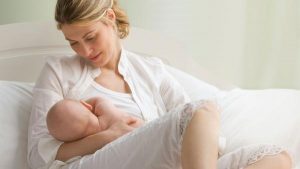 Newborn babies are having surgery unnecessarily for tongue-tie in an attempt to help breastfeeding, in what a leading paediatrician says is a “growing industry”.

Some newborns who have had surgery conducted by private practitioners need to have the operations redone up to three times, a paediatric surgeon has warned.

The practitioners, who may be midwives or nurses, charge about £175 to do the procedure at home.

The practice of cutting the short, tight piece of skin connecting the underside of the tongue to the floor of the mouth has been described as “one of the most controversial areas of children’s surgery”.

Some paediatricians and paediatric surgeons believe that the condition is being over-diagnosed and overtreated. They fear that first-time mothers struggling to breastfeed resort too readily to the surgery. There is also concern that the procedure, called frenotomy, is being done privately without adequate regulation.

Private breastfeeding advisers, called lactation consultants, who are often trained midwives or nurses, insist that they are qualified to perform the procedure.

However, Alastair Sutcliffe, professor of paediatrics at University College London, said: “It is a spreading practice but nobody knows the true incidence and whether it is being used for everything to do with difficulty breastfeeding. I am concerned about how it is being carried out in the private sector. They are not governed in the conventional sense of a proper surgical setting.”

Tongue-tie is a birth defect that affects 4%-11% of newborns. The controversy is over surgery for mild to moderate cases in newborns to help breastfeeding. Surgeons agree that surgery should be carried out in older infants who have more serious problems.

One couple who resorted to private help for their newborn baby boy later had to have the procedure done again by a qualified surgeon.

Andrew, 43, and Ozlem, 39, had their baby on May 4 but he had problems breastfeeding. The couple were told that the wait for tongue-tie surgery on the NHS was about 20 days but Ozlem was distressed and anxious about the time it was taking to feed their baby. They turned to a private practitioner body after seeing a link on an NHS website.

“We thought it would be OK. It cost us £180 and a woman came to our flat to do it but afterwards our baby would not stop bleeding and we had to call an ambulance,” Andrew said.

They later saw a surgeon at King’s College Hospital in south London who said the procedure had not been carried out correctly and had to be redone.

“These operations should be properly regulated under the NHS and there should be better advice to parents,” Andrew said.

Joe Curry, a consultant paediatric surgeon at Great Ormond Street Hospital in London, carries out the surgery on infants aged 18 months to three years with more serious defects. He performs the surgery under general anaesthetic.

The procedure is being carried out on babies without anaesthetic but Curry says he would not be comfortable performing the surgery on “wriggling newborns”.

Sutcliffe and Curry believe that there is not enough scientific evidence to demonstrate that surgery for tongue-tie improves breastfeeding for a long enough period to be worthwhile.

Curry also noted that many of the procedures were carried out on babies of first-time mothers who had no experience of breastfeeding.

Shailesh Patel, a consultant paediatric surgeon at King’s College Hospital, believes the surgery improves breastfeeding and runs a service carrying out the procedure on the NHS. Patel also supervises lactation consultants performing the surgery at his hospital.

However, he is concerned about the operations being carried out privately by inadequately qualified and supervised practitioners. If a procedure goes wrong, scarring can occur which ties the tongue to the mouth again.

Patel insists that only surgeons should carry out the more complicated revision surgery.

He also believes that tongue-tie surgery should not be carried out before babies are seven days old and mothers have had adequate time to establish breastfeeding without the intervention.

Patel said: “I have had babies who have been treated three or four times. The concern I have is that I am not aware of anyone who has had training to revise scars outside of being a surgeon. You need to have specialist knowledge about how scars behave.”

Sarah Oakley, a nurse, health visitor and lactation consultant, carries out tongue-tie surgery privately. Oakley, who chairs the Association of Tongue-Tie Practitioners, insists that breastfeeding advisers are best placed to perform the procedures.

She pointed out that the National Institute for Health and Care Excellence says the procedure is safe.

Oakley said: “Problems may arise with this procedure being carried out inappropriately when the person doing it does not have, or does not work with, someone who has expertise in infant feeding, or when that person has not had proper training in assessing and dividing tongue-ties in babies.

“The procedure is beneficial to mums and babies as it can allow breastfeeding to continue.”