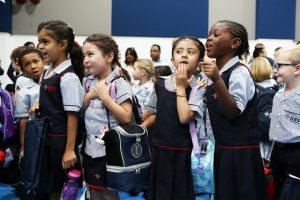 Sir, The failure of our over-reformed education system to deliver flattering Programme for International Student Assessment (Pisa) rankings is disappointing but it should not equate to a conclusion that schoolchildren in Singapore, Japan and Estonia are necessarily better educated.

Your leader (Dec 7) asserts that the best schools are characterised by outstanding and esteemed teachers delivering academic rigour. That is true but there is something else. They also recognise that “character” education, including the skills to communicate, to collaborate and to adapt, will be as important for the next generation as literacy and numeracy. None of these are measured by the Pisa tests, and an overemphasis on mechanistic outcomes only marginalises them further.

Sir, Scotland has taken part in every Pisa study since 2000 — when its results were well above the OECD average in reading, science and maths. After steady decline, Scotland’s performance is now, at best, average in all three subject areas.

It is now not possible to describe Scotland’s education system as world- leading. Anyone who does so is deluding themselves and doing a disservice to our schoolchildren.

Blame should not be placed on teachers, who have struggled to cope with a well-intentioned but badly led programme of change. The implementation failures must be put right. The Scottish government’s stated aim to empower teachers, parents and schools is a sound one — but it must be matched by action. Scotland urgently needs an effective process of change in education. That means looking at the institutions of the system as well as at governance.

Sir, Rather than Nicola Sturgeon seeking the power to hold a second independence referendum, the Pisa results suggest that she would serve Scotland’s children better by returning Scottish education to the care of England. Six years of Scotland’s Curriculum for Excellence has given a steep slide in performance for about half the entire period that Scotland’s children spend in school education. Sadly, unlike Nicola Sturgeon’s “once in a lifetime” referendum being transformed into a “neverendum”, each child has just one go at having a school education.

Sir, There is no denying that Scotland’s Pisa results make for grim reading, but rather than jump to conclusions it is important to recognise the limitations of this data. Longstanding and well-founded concerns about the methodology behind Pisa, both in terms of the testing itself and the way in which the leagues are compiled, make it even more important that we look at this information in context.

It is also crucial to avoid overly simplistic, politically expedient reactions. This problem has not been caused solely by the Curriculum for Excellence and it will not be solved through the imposition of standardised testing.

Education does not exist in a vacuum and it would be foolish to wilfully ignore the huge range of social and economic factors that have put enormous strain on our schools, teachers and children.

Sir, British schools may not have done brilliantly in the Pisa rankings, as your reports make clear, but we can at least take some solace from the fact that the reading tests were all done in English.

Sir, Dame Louise Casey’s report raises some difficult questions for both the government and Britain’s black and minority ethnic communities about how to better promote integration (letters, Dec 7). As a Hindu who arrived in Britain in 1971 I am very proud of how my community has integrated and has adopted British values as our own. Simple things like holding events in English, promoting both tolerance and the importance of democracy, and prioritising education for our children have allowed us to become part of the wider community.

It would be wrong, however, to assume that we are as integrated as we could — or should — be. The Hindu community still needs to be more open to outsiders, more accepting of recent social developments and better at civic duty.

The Muslim community in Britain has many challenges to face, but so do other immigrant communities in Britain. We should not be afraid to discuss these matters and we should be determined to solve these problems. Louise Casey’s report is merely one step towards a solution, now it is for us to act.

Sir, With his recent pronouncements on the north/south educational divide, the chief inspector of schools, Sir Michael Wilshaw, shows a lack of understanding of context and an inability to see the bigger picture (report, Dec 2, and letter, Dec 7). His analysis omits to adequately recognise that the prevailing culture in the Midlands and the north, as evidenced by the outcome of the EU referendum, is one of disaffection. For decades, the population of these regions have suffered the disruption, dislocation and economic disadvantage inherent in structural economic change. Schools are often viewed as integral parts of an establishment that has done little for regions other than the south. Black economies thrive in many towns and cities and seem to offer significantly greater opportunities. Inevitably, parental trust and belief in the value of formal education is much less than one might wish for. This inevitably translates into negative or indifferent student perceptions.

Unless politicians grasp this reality, and attempt to facilitate balanced structural change, regional divides will not only persist but will worsen.

Sir, We are 13 of the UK’s leading environmental organisations, with a combined membership of 7.9 million, who have come together as Greener UK to ensure that our environment is restored and enhanced as we leave the EU. A total of 145 MPs agree with us and have signed our pledge for the environment. Leaving the EU presents significant challenges but offers important opportunities to go further and reverse the decline in the UK’s natural environment.

We urge the prime minister to commit to using the forthcoming Brexit negotiations to restore and enhance the UK’s environment and make sure that its current protections are not lost. The UK can be home to thriving wildlife and beautiful landscapes, and should continue to be one of the best places in the world to live, for this and future generations.

Sir, The police surgeon Dr Steven Hopkins (letter, Dec 6) displays a worrying lack of knowledge concerning the care of prisoners. He should be aware that the Police and Criminal Evidence Act places custody officers under strict liability for the care of those in custody. Specifically, they have little discretion in providing the opportunity for medical care for those who appear to need it. Thus in most of the examples Dr Hopkins cites the investigating officer or custody officer would risk criticism, or formal disciplinary action, if a doctor were not called. The legislation effectively removes any opportunity for “common sense”, however that is defined, to be applied.

Sir, With respect to Dr James Hickman, I must support Janice Stevens (letters, Dec 6). At the age of six I came home from prep school with a wart on my hand. Our old Swedish nanny said we would have to wait until the full moon, when she dabbed the offending excrescence with a piece of fillet steak and then buried it in the garden while mumbling words (prayers?). Before the next new moon, the wart was gone.

PRIDE IN MY POPPY

Sir, I admit to being an out-of-season poppy wearer (letter, Dec 6). I wear my poppy on September 17 each year. It inevitably causes comment and enables me to show my pride in my great-uncle, John Hudson Carbutt, who died on that day in 1918 during the Second Battle of the Somme.

END OF THE SKETCH?

Sir, Although I agree with most of James Jackson’s picks of the best and worst TV sketch shows (Times2, Dec 6), he is right that we might think that he is taking the mickey by placing The Two Ronnies and The Morecambe & Wise Show at the bottom of his “worst” list. Between them these two shows ran for 38 years, whereas those in his “best” list ran for an average of seven years. As in all sketch shows, not every one was a side-splitter, but the ability of the writers and performers to come up with new ideas through three decades, entirely without swearing or smut, should not be dismissed so readily.

Sir, The raising of a hand by every pupil in a class, the right hand to show that the answer is known and the left when it is not (letter, Dec 2), seems to me all too reminiscent of the old idea of the right hand being good and the left hand being bad. It reminds me of how I was forcibly made to write with my right hand rather than my left at school in the 1960s. The idea that left was somehow “sinister”, from the Latin origin of the word, certainly prevailed in that decade.

Sir, Apropos Japanese loos (letters, Dec 3 & 6), beware of self-cleaning French public toilets. I took my four-year-old daughter to one and stepped outside. Unfortunately by closing the door I triggered the cleaning cycle, plunging her into darkness. After a minute of muffled screams she emerged washed and dried from head to toe, a hygienic shade of blue.