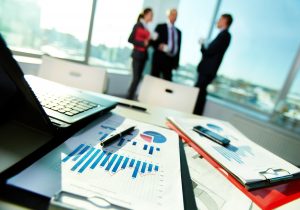 Internet blogs are taking on big corporations and winning. As the bloggerati continue to set the agenda Times Online provides the first full list of the 50 top blogs, corporate and anti-corporate alike. This list is a work in progress – scroll down to let us know your suggestions.

The dismal science has delivered several very readable bloggers. Chris Dillow combines political polemic with more whimsical matters. Recent post: “Why is West Indian cricket so bad? Here’s a theory – only a partial, tentative explanation. But it’s an overlooked possibility. It’s because the players’ names are unusual.” Read the blog

Steven Levitt, the University of Chicago economist, and Stephen J Dubner, the New York Times journalist, carry on from where their bestselling book Freakonomicsleft off, “exploring the hidden side of everything”. Recent post: “There are recent studies of the death penalty – most bad, but some reasonable – that find it has a deterrent effect on crime.” Read the blog

“Truly open borders would put an unbearable strain on the cultural foundations of American liberal democracy; many of the immigrants themselves would be the biggest losers.” Read the blog

Billed as the “sardonic memoirs of private equity professional” and written by an anonymous author who says: “I spent five years manoeuvring to land, by hook or by crook, a coveted position in private equity. After all that, I may or may not live long enough to actually regret my decision.” Recent post: “There are certain moments when a good antiperspirant is simply critical. Perhaps your husband comes home early. Maybe Third Point acquires 8.5 per cent of your common stock while you are on vacation in the South of France.” Read the blog

On the iSoft saga: “That not everyone who shits on you is your enemy and not everyone who gets you out of the shit is your friend have been useful guides in this ongoing soap.” Read the blog

The blog of Steve Bee, head of pensions strategy at the Royal London Group. Was involved in the so called “battle of the pensions blogs” with James Purnell, the Minister for Pension Reform. It adds: “Steve achieved notoriety some years ago by becoming the only person ever to have submitted a paper in evidence to a Commons Select Committee in cartoon-strip format.” Read the blog

A daily directory of investment reports, comment and rumour. Read the blog

The name says it all. Sample quote: “To have an idea of the timing of the crash in the UK, look at the Irish market example. Very nice charts . . . soon showing in our country!” Read the blog

9. The Rat and Mouse

Spleen from unhappy house owners. “Remember the scandal of the drive-by surveyors, charging up to £1,000 for a compulsory remortgage valuation, but failing, even, to shift from second gear . . . it might even be worse.” Read the blog

A US blog that promises to allow “shoppers to bite back”, though it will offer praise when fitting: “ShopLego is super nice about sending you out new Legos for free when your mail truck plunges into a gorge.” Read the blog

Blog on the global food industry. Asks questions such as whether “food miles are sufficient in measuring the environmental impact of food production.” Read the blog

The embattled General Motors has sought to blaze a trail on the blogging front, deploying heavyweight executives including Bob Lutz. “I am not bored with blogging, far from it,” the vice-chairman recently wrote. “And I’m not going to let the comments of an extreme sub-set turn me off to it, either. I will continue to do it, whenever I can, and as long as it seems people want to read it. And by the way, GM thinks its blogs are a success, too, and will forge ahead with all of them and more.” Read the blog

Set up by a disgruntled Land Rover owner. “I have never suffered such contempt from any manufacturer,” says one contributor. Read the blog

“Dr Crippens” experience as a GP working for the NHS. Sample comment: “Massive litigation could force companies to leave the vaccine business, threatening the future of one of medicine’s greatest achievements.” Read the blog

One entry: “Rosemany Johann-Liang, the FDA medical reviewer who was punished for pushing a black box warning for Avandia, left the agency Friday, becoming the latest in a string of staffers to feel the heat for refusing to back down on safety issues.” Read the blog

Promises to “look beyond the spin of Big Pharma PR”. Read the blog

The award-winning company blog of Butler Sheetmetal, a small fabrication shop “in the darkest recesses of northwest England”. Read the blog

Written by Mark Cuban, the billionaire owner of the Dallas Mavericks and chairman of HDNet, the cable network. “What else is there to do while I sit here in the Cayman Islands relaxing and enjoying every minute of it than ponder the NBA (National Basketball Association) Lottery.” Read the blog

Football blog. “Shove! Ouch! Gulp! That’s the sound of David Beckham ramming the words of his Real Madrid overlords down their throats.” Read the blog

Despite his sporadic posting habits, the Reuters chief executive gets an honourable mention as one of the few FTSE 100 chief executives to blog. Read the blog

By Colin Byrne, of Weber Shandwick. On the Olympic logo: “If your initiative attracts bad headlines and thousands of people take to the blogosphere as ‘badvocates’, it could be described as a PR disaster.” Read the blog

PR man Richard Edelman’s blog. “There is no place in PR for spin . . . We are in the business of presenting reality . . . ” Read the blog

By Seth Godin, the marketing guru. “The web has billions of pages. You’ll see so few of them over your lifetime that the percentage is almost unmeasurable.”

25. White Sun of the Desert

By Tim Newman, “a British expat living on Sakhalin Island, married to a Russian, and doing what I’m told”. Sample post: “Yesterday I sat from 8am until 4pm in a decrepit old Soviet classroom attending what was described as a training course in industrial safety. In actual fact, this training course was no more than a Russian bloke reading out Russian Federation Law No 116 line by line, in Russian, and then pausing whilst it was badly translated into English. The training course cost $375 per person.” Read the blog

From coffee to gold, news and comment from the commodity pits. Read the blog

Anticorporate site protesting about the oil industry. Read the blog

One of the anticorporate blogs that look to dominate the retail sector. Sample headline: “Wal-Mart still selling Nazi T-shirts.” Read the blog

“The Tescopoly Alliance is calling for a block on any new takeovers by Tesco or other major supermarkets.” Read the blog

A group blog written by staff at Amazon.com, the world’s biggest online retailer. Read the blog

“A blog by a law student soon to be in a training contract at a City firm.” One entry reads: “If a bank assigns a large number of law firms to its panel, these firms are unlikely to want to jeopardise their income by acting against that bank.” Read the blog

“When Sacha Baron Cohen accepted his Golden Globe award for Borat, he famously thanked all the Americans who hadn’t sued him ‘so far’.” Read the blog

As heavyweight as blogs come, written by Gary Becker, the Nobel-winning economist and Richard Posner, the prominent US judge and legal theorist. Read the blog

As in retail, the transport sector is overrun with disgruntled customers. “To top it all, as with all bank holidays, Notwork Rail has decided to improve the track and completely shut down the line.” Read the blog

More trivia than hard corporate news, but often amusing. Sample post: “Some of you might be familiar with the ‘If Germany had won the war’ Tube map.” transportblog.com More transport woes aired as “a bunch of libertarians try to get around London. Read the blog

By Robert Scoble, a former Microsoft employee who often criticised the company, accruing credibility for himself and his employer on the way. Read the blog

By Jonathan Schwartz, the chief executive of Sun Microsystems, the first blogger to receive an official comment from the chairman of the Securities and Exchange Commission. Read the blog

39. The Secret Diary of Steve Jobs

A parody, but so good, the real Steve Jobs reads it. “Okay, I must return to meditating before the big speech. Much love. Namaste. Peace out. Let’s stay positive.” Read the blog

Boing Boing is the world’s most linked-to blog, which is often seen as a measure of authority. It’s a group blog which reports about technology, media and culture. Read the blog

Written by Jeff Jarvis, the tech and media commentator, a complaint from whom was enough to persuade Dell to review its customer service policy. Read the blog

By Michael Arrington, whose scoops include Google’s $1.65 billion acquisition of YouTube last year. Read the blog

The blog Dell launched to speak to its customers. Read the blog

Charles Dunstone gets a mention, although the Carphone Warehouse chief executive spends much of his time apologising for problems rolling out his “free broadband” service. Read the blog

Analyst comment on the telecoms sector. “I would like to comment on Arun Sarin’s (Vodafone chief executive) remarkable rehabilitation with the investment community.” Read the blog

“For information, help and advice that NTL [now Virgin Media] technical support or customer services forgot to give you”. Read the blog

More mobile news, including analysis of the much-anticipated Apple iPhone. Read the blog

Tagline: “The Energy Revolution has begun and will change your lifestyle.” Lively blog about all kinds of alternative and green energy sources. Read the blog

Dedicated to news and comment on “next generation energy”. Read the blog

A blog from the Guides Network, which offer consumers tips on how to cut bills Read the blog